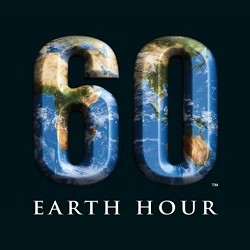 Thousands of people in cities across Israel turned off their lights for an hour on Thursday night, to mark Earth Day. In Rabin Square in Tel Aviv - already buzzing from a month of celebrations for its centennial - more than 10,000 people gathered for a concert powered by dozens of volunteers pedaling away on the stage next to the performers.

Tel Aviv Mayor Ron Huldai counted down to the 8pm lights-out; a massive cheer erupted as on the stroke of the hour, it seemed as though the whole city had gone dark.


Environment Minister Gilad Erdan also made an appearance, highlighting the need for clean air, clean oceans and more bicycle lanes. "The revolution starts with you," he told those present. He said that the country's politicians needed to understand that environmental issues were a "priority for the people of Israel."

The music for the event was provided by Balkan Beat Box, folk-rock artist Asaf Avidan and his band The Mojos, and Shlomi Saranga.